For the love of Miami Vice #28

No Small Parts is a documentary web-series about character actors in the entertainment industry. It is the labour of love of Brandon Hardesty, a self-proclaimed character actor himself. Each episode serves as a comprehensive biography for one particular actor. In addition to the longer biographical episodes, there are also short episodes focusing on more specific topics, like cop roles played by Dean Norris.

The second episode in the series features one of my favourite character actors, Vincent Schiavelli. For over 40 years Vincent pretty much acted on every television series ever and numerous films. He is the archetypal ‘that guy’ or character actor – an actor who everyone recognises but hardly anyone remembers by name. His real passion in life, however, was the town of Polizzi and his Italian heritage. The documentary mentioned within the documentary, “Once upon a time in Polizzi“, is every bit as good as Brandon says it is and well worth a watch.

You can support Brandon and his amazing series here.

The upside of insomnia: how sleep deprivation aids creativity

Matt Berry and Dave Bayley talk about insomnia and its creative benefits. 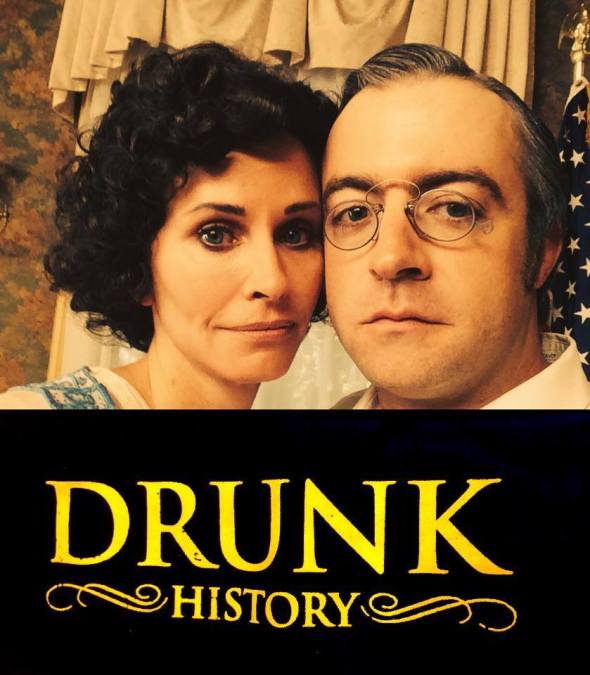 It’s official! According to the Drunk History Facebook page, Drunk History season 2 will start airing July 1st at 10pm on Comedy Central. There’ll be 30 brand new stories coming your way. Spread the word and save the date!

From Pong to Grand Theft Auto, Charlie Brooker delves into the history of videogames and pulls out a selection of its most significant titles. Peter Serafinowicz, Jonathan Ross, Dara Ó Briain and many others join Charlie Brooker to explore the history of interactive entertainment and how it’s changing how we work, communicate and play.

A scene from Freaks and Geeks episode “Noshing and Moshing”, music is “Your Phone’s Off The Hook But You’re Not” by X.

According to Deadline, NBC is looking to revive Murder, She Wrote. In related news, it’s Friday, so here’s a classic mashup for your audio pleasure.

Stop, collaborate and listen: Vanilla Ice is back with a brand new Ordnung

Vanilla Ice Goes Amish premieres Saturday, October 12 at 10 pm on DIY Network. I can’t believe I just found out about this. Check out the trailer.