After five seasons, it all comes to an end tonight. Bye bye Breaking Bad, we’ll miss you.

For the love of Miami Vice #27 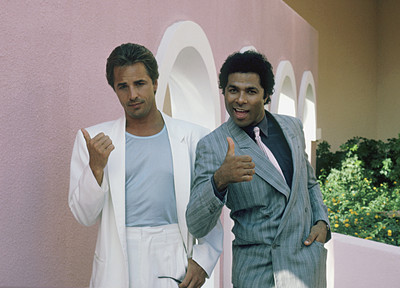 It’s Friday, so here’s Crockett and Tubbs keeping it real.

The Science of Breaking Bad

Professor Donna Nelson explains how the show gets it right.

Give it a good bash

“It’s not an in-apt analogy to compare this to light sabers.”

“Possibly the worst thing you could do is limp past the lion or tiger enclosure in a zebra print outfit.”

Sometimes when you fall, you just don’t know how to stop.